Irakli Kobakhidze: Ian Kelly and David Kramer are no longer interesting at all, it is clear that they are lobbyists 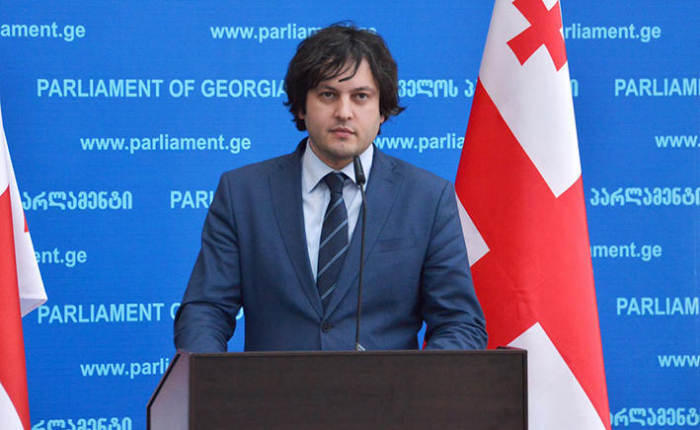 As Kobakhidze explained, Ian Kelly has no moral right to speak about the criminal case of Nika Gvaramia, director of the Mtavari TV.

"I think Kelly and Kramer are no longer interesting at all, it has become clear that they have been lobbyists for a long time. I would like to remind Ian Kelly of one thing - his position was also very problematic in connection with the case of Rustavi 2.

Unfortunately, his position made it easier for Nika Gvaramia to rob Rustavi 2 and steal 7 million. This is very sad. Ian Kelly has no moral right to speak about the criminal case of Gvaramia, given his personal responsibility in this regard," Kobakhidze said.

The joint article by former US Ambassador to Georgia Ian Kelly and former US Assistant Secretary of State David Kramer - "Putin Is Failing in Ukraine, But Winning in Georgia” - was published by The Bulwark. The article talks about Georgia going in the wrong direction and emphasizes that particularly since the crisis in Ukraine, Georgia’s governance has increasingly resembled the Russian model, complete with one-party rule and persecution of the opposition. The authors note that the latest disturbing step in Georgia’s march toward authoritarianism occurred last week when a judge sentenced Nika Gvaramia, the director of leading opposition TV channel “Mtvari Arkhi,” to more than three years in prison on politically motivated charges.