Armenia's biolaboratories as a pretext for a new "special operation" by Russia and revanchists. 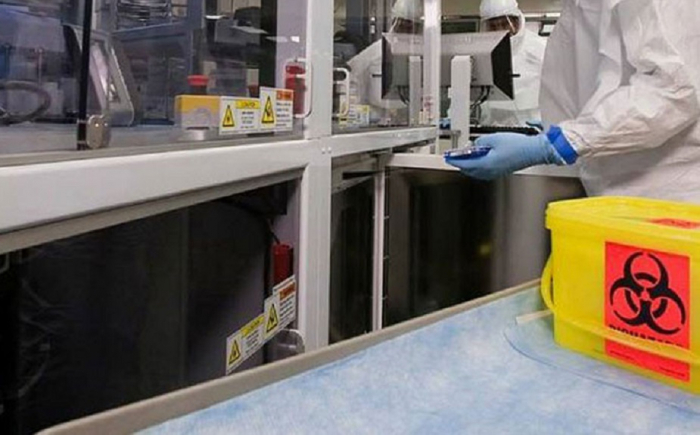 It is almost impossible to recall when the Russian Foreign Ministry had any complaints against Armenia. Of course, for the Russian Foreign Ministry, headed by Sergey Lavrov-Kalantaryan, Armenia is "the most important ally," to which official Moscow has no claims at all. Even when Armenia openly glorifies the Nazis by erecting a monument to Nazi collaborator Nzhdeh wherever possible, Russia, which arranged the invasion of Ukraine under the pretext of "denazification," remains silent.

However, quite unexpectedly, the Russian embassy expressed concern about the work of American bio-laboratories in Armenia.

"The Russian Federation continues effective mutually beneficial cooperation with Armenia in the field of biological security. It was intensified by the signing in May 2021 of a bilateral Intergovernmental Memorandum of Understanding on Biosafety.

A number of successful projects are being implemented in the area of infectious disease control, as a result of which effective monitoring of the sanitary-epidemiological situation, information exchange, conducting important scientific research, providing technical and methodological support to improve the laboratory network of Armenia and training of specialized specialists are being ensured.

At the same time, in the context of the implementation of the above-mentioned Memorandum on Biosafety, we still have questions in connection with the incoming information about the interaction of Armenia with the United States and its allies in the biological sphere, including through the military departments. The US Department of Defense is directing the US-funded R. Lugar Center in Georgia to intensify joint research in the field of microbiology and epidemiology with Armenia and other countries of the region. The activities of private Western companies engaged in biological research in the Transcaucasus region on behalf of the Pentagon, as well as the presence in Armenia of structures involved in bio-projects in Ukraine, also deserve scrutiny.

The U.S. and its allies do not explain what they are doing in Armenia in the immediate vicinity of Russia's borders. Of course, we take this factor into account in the context of ensuring Russia's biological security.”- The Russian Embassy in Armenia reports.

The most interesting thing here is that along with the biolaboratories in Armenia, where real development of biological weapons is quite possible, the absolutely peaceful R. Lugar Research Center in Georgia, which has long been regarded by Russian propaganda as a "threat to Russia," is also mentioned.

This statement by the Russian embassy in Yerevan sounds all the more threatening when one considers that the Kremlin propaganda, the same Lavrov-Kalantaryan, also explained the aggression against Ukraine by the functioning of biolaboratories in Ukraine, where biological weapons against Russia were allegedly being developed. Russia's "concern" over the biolaboratories in Armenia and Georgia can be viewed as another "reason for a military special operation," or, more precisely, an invasion of the South Caucasus by Russia.

Under the pretext of "fighting American biolaboratories," it is theoretically possible to "kill two birds with one stone": to force a "military corridor" through Georgian territory into Armenia and to bring revanchists from the Karabakh clan to power in Yerevan "with Russian bayonets. To then resume their aggression against Azerbaijan.

At first glance, all this looks like a complete adventure. But six months ago, the Russian invasion of Ukraine seemed no less adventurous. Nevertheless, in the Kremlin this adventure was accepted. And this adventure was promoted by the same Armenian lobby in the Russian Federation (Kalantaryan, Simonyan, Keosoyan-Bagdasarov, etc.), which today ardently wishes the revanchists to come to power in Yerevan and resume the war in Karabakh.

The pro-Western authorities in Yerevan understood the threat from the word go and immediately reacted to the statement of the Russian embassy "in a soothing manner". Secretary of the Security Council of the Republic of Armenia Armen Grigoryan said that "all laboratories in Armenia employ only Armenian citizens, they act in accordance with Armenian legislation and are aimed at serving the interests of only Armenia. He also noted that issues of biological security have always been on the agenda of Armenian and Russian Security Councils.

"Armenia comprehensively answers all Russian questions on biolaboratories," Armen Grigoryan said at the briefing, also saying that the sides are working on the implementation of the 2021 Memorandum on Biological Security signed by the parties.

In principle, if the government of Nikol Pashinyan is sane, it should understand that the delay in concluding peace with Azerbaijan gives the revanchists and their patrons in Moscow an excuse for military adventures. It is not known whether Azerbaijan will suffer, but there is no doubt that Pashinyan's government will simply be overthrown by force in the course of such an adventure.