Margarita Simonyan for the Armenian monopoly in the Russian-language media 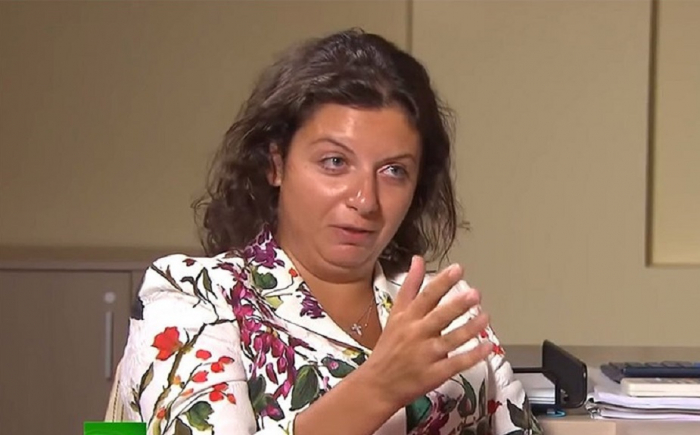 A paradoxical situation has developed in the Russian-language information space: almost all the rating media that position themselves as “Russian patriotic” are under the control of the Armenian lobby. Including the state media of the Russian Federation. And, accordingly, they determine the state information policy in Russia.

At the same time, the main "mouthpiece of pro-Armenian propaganda" in Russia remains the Federal State Unitary Enterprise "Russia Today International Information Agency" headed by Margarita Simonyan. This mouthpiece can easily be renamed “Armenian interests today” - so clearly and aggressively this news agency defends the interests of the “ancient long-suffering people”.

Naturally, the Armenian propagandists, “occupying the brains” of Russian-speaking citizens, are very jealous of the emergence of any “alternative” information resources. Especially if some state will be behind them.

Therefore, it is not by chance that, on July 29, 2019, the deputy head of the office of the new president of Ukraine, Vladimir Zelensky, Kirill Timoshenko announced the launch of a television channel broadcasting in Russian with which Ukraine will fight “for the minds of Ukrainians and for the minds of Russians”, Armenian the lobby was agitated. Moreover, the Zelensky team expressed a desire for the channel to be state-owned. This means that there will be no problems with financing this information resource, even if Ukraine is poorer than Russia, but there will be money for propaganda.

The current Ukrainian government can be treated differently. But the “total Armenian information domination” in Ukraine will be somewhat weaker than in Russia. Yes, so far, the post of Interior Minister of Ukraine is occupied by Armenian Arsen Avakov, but information has appeared that his resignation is a matter of near future. But most importantly, the realities of Ukraine are such that the state’s media outlets of the country are not controlled by the Armenian lobby.

If these mass media “broadcast” to Russia, then it is quite possible through them to bring to the Russian people information that the Armenian media movers would hardly like to inform them. Well, for example, that Karabakh is the occupied territory of Azerbaijan, from where over 1 million indigenous people have been illegally expelled. Moreover, Ukraine also has a problem with territorial integrity, which appeared again thanks to Armenian intrigues.

Therefore, Margarita Simonyan rather nervously and hysterically commented on plans to create a Russian-language channel in Kiev. And with some contrived humiliation and disregard for Ukraine, as a state.

“When the president of a poor and exhausted country, where a civil war is going on - longer than the Great Patriotic War lasted, finds the creation of the next TV channel as the most timely initiative - this causes only sympathy,” said Simonyan.

She added that the previous Ukrainian government was going to create Ukraine Today “in peak of RT (formerly Russia Today)”. “Have you heard anything about this Ukraine? It seems, it already bent, ”added Simonyan.

I would like to remind Margarita Simonyan that her beloved Armenia is much poorer and much more “exhausted” than Ukraine. It is in fact in the blockade, and in a state of war for the lands of others - the occupied Azerbaijani Karabakh - which have already exhausted her beyond measure.

Today, the first signs appear that sooner or later, the occupation of Azerbaijan’s Karabakh, not only by Armenia, but also by the Armenian propagandists of the Russian information space, will cease. And the new Ukrainian Russian-language channel may well “make a dent” in this “information occupation zone”.

This is the reason for the jealous and somewhat hysterical-nervous attitude of Margarita Simonyan towards future competitors. Moreover, in the "best traditions" of Armenian propaganda nationalists, with the humiliation of Ukraine as a state.