Sukhumi separatists demand an end to the Georgian-Abkhaz dialogue... Is a "three-front" war being prepared? 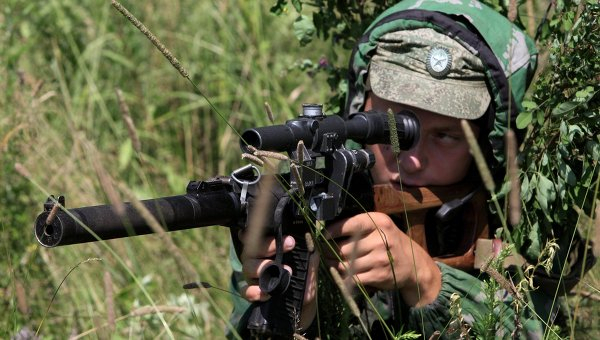 At the end of November 2021, Russian Foreign Minister Sergey Lavrov-Kalontariov met in Sochi with the so-called "foreign ministers" of separatist Abkhazia and "South Ossetia", the separatist authorities have set a course for "complete isolation" of the population of the territories under their control from the rest of Georgia.

In December 2021 the Abkhazian so-called Foreign Ministry said that foreign non-governmental and international organizations should agree any meeting with the separatist so-called Foreign Ministry with participation of the Abkhazian public and representatives of Georgia. In particular, they spoke about round tables, discussions, seminars, meetings with representatives of leadership and public organizations of Georgia.

At the same time, on the initiative of the same Lavrov-Kalontarov, diplomatic and military escalation of the situation around Ukraine began. It seemed that the Kremlin was maniacally trying to organise "front lines" along the perimeter of its borders, simultaneously in the West and in the South. And precisely in the areas of separatist conflicts.

At the beginning of 2022, an almost "third front" in the east was suddenly added to these fronts. The protests in Kazakhstan, the rapid insertion of CSTO troops there and the equally rapid withdrawal still leave questions.  Has everything in Kazakhstan calmed down? Or is it just the beginning? It is not clear yet. After all, the "root causes" that led to the protests have not disappeared. And the number of discontented has clearly increased (including those whose relatives were harmed or killed during "restoring of order"). And the Kazakhs more and more often attribute these victims to Russia, which "interceded" for the ruling regime.

As soon as the CSTO troops started to withdraw from Kazakhstan, a new escalation began around Ukraine. The initiator of this aggravation was the same Lavrov-Kalontariov, who essentially delivered an ultimatum to the US and NATO regarding Ukraine and Georgia that Russia needed "clear written guarantees of "security" and non-membership in NATO, or else hinted at a power scenario with regard to Ukraine. And simultaneously with commencement of military hysteria "on the Ukrainian front" the separatist puppets in Sukhumi and Tskhinvali, as if on cue, started a new stage of anti-Georgian hysteria.

Thus the separatist leader of the so-called Abkhazian Foreign Ministry Inal Ardzinba held several meetings with representatives of international non-governmental organizations working in the separatist region. At the meetings, he lashed out at projects related to the Georgian-Abkhaz dialogue.

Ardzinba, in particular, met with the head of World Vision, Oksana Lasuria, the government relations coordinator of the Danish Refugee Council, Ada Jinjolia, and the acting head of the UN Development Programme (UNDP) office, Rafis Abazov.

"The Minister" called some of the projects being implemented in separatist Abkhazia "unacceptable". In particular, during a meeting with the acting head of the UNDP office in Abkhazia Rafis Abazov the head of the "Abkhazian Foreign Ministry" touched upon a sociological survey conducted among the citizens of Abkhazia, which touched on issues of domestic politics and also studied possibility of normalization of relations with Georgia. The survey was conducted on the territory of Abkhazia from June to August 2021," reads the statement of the separatist "Foreign Ministry".

The separatist "Foreign Ministry" stressed that in accordance with the law "On statistical activities in the Republic of Abkhazia", sociological surveys can only be conducted by authorities. "Your organization simply does not have the right to do this. In addition, these activities must be coordinated with the relevant agency - the State Statistics Committee," said Inal Ardzinba.

"This is an unacceptable project aimed at misleading the citizens of the Republic of Abkhazia, establishing a direct dialogue between the Abkhaz and Georgians at the level of experts and young people. Implementation of this project is unacceptable on the territory of Abkhazia. Write this down for yourself, and do not do such projects anymore. We prohibit you to do this" - said the separatist.

Inal Ardzinba was outraged that the COBERM project is consistent with the goals and objectives declared by the government of Georgia. "As a result of the meeting, the UNDP office pledged to prevent further implementation of such projects," reads the text of the statement of the so-called "Abkhazian Foreign Ministry".

Clearly on the initiative of the same Lavrov-Kalantariov the separatists have been ordered to "cut off" any peaceful contacts and dialogue between Georgians and Abkhazians, as well as any activity that promotes reconciliation between the peoples. What is this if not an obvious preparation to another war? We should remind you that on the eve of the 2008 war there was a real anti-Georgian hysteria in the separatist Abkhazia and Tskhivali region.  And it seems that history is repeating itself but in a slightly larger scale.

Understandably, in case of a new escalation of hostilities, the "main front" will not be Abkhazian or Tskhinvali, but the Ukrainian one. It is here that undisguised preparations for war are underway; it is from Kiev and other Ukrainian cities that Lavrov-Kalantarov initiated the removal of families of Russian diplomatic staff (similar to the removal of diplomatic staff and their families from Georgia on the eve of the August 2008 war).

There is also another point - the August 2008 war was "timed" by the Russian side to coincide with the Beijing 2008 Summer Olympics, which were inaugurated on 8 August. After that the Kremlin propaganda "howled" that "Georgia unleashed the war on the first day of the Olympics". And now, in Beijing, on 4 February 2022, the Olympics are scheduled to open - this time the winter Olympics. The analogies are ominous, and striking.

It is symbolic that Azerbaijani President Ilham Aliyev recently paid a visit to Kiev, while Turkish leader Recep Tayyip Erdogan will arrive in Kiev on 3 February. Both Turkey and Azerbaijan are clearly in favour of restoring the territorial integrity of both Ukraine and Georgia.

At the moment there is a hope that prudence will prevail. The forces are not equal, especially as separatist projects and redrawing of borders does not bring anything but great harm to Russia. To ignite a world war for their sake is madness.

The Armenian lobby is obviously hoping for a "major war" and, judging by the policy of Kalontarov and Armenian propagandists in Russia, is provoking it in every possible way. But we must remember the history. The same Armenian nationalists were waiting for the world war in 1914, hoping for the implementation of their "great Armenian" plans, and what did they get in the end?

The Kremlin should return to peaceful negotiations with its neighbours instead of " banging its guns". Most importantly, it should begin to de-occupy foreign lands and "roll back" hopeless and doomed by history itself separatist projects.