Ukraine, Kazakhstan... What could the future hold for Georgia and the world? 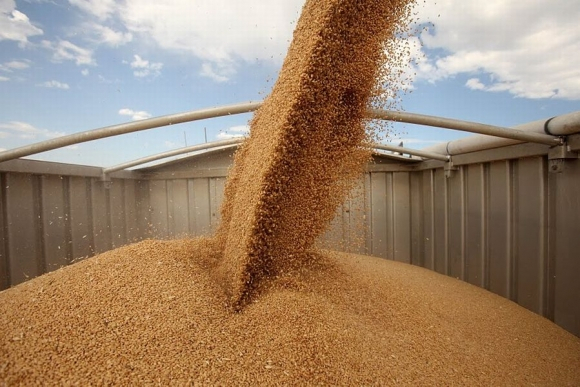 Developments since the beginning of 2022 have unfolded like a kaleidoscope.

Just before the new year, the world community was preoccupied with the prospect of war between Russia and Ukraine, as events in Kazakhstan followed. And "within the framework of the CSTO", Russia swiftly deployed its troops to Kazakhstan, taking control of key facilities.

But now a decision has been made to withdraw CSTO troops, including Russian ones, from Kazakhstan. At the same time, the situation around Ukraine begins to escalate again. Negotiations between Russia and NATO have taken place.

The Russian ultimatum that the expansion of the Alliance at the expense of Ukraine and Georgia is unacceptable has been rejected, experts again speak of a possible Russian attack on Ukraine...

At first glance, the events concerning Ukraine and Kazakhstan do not follow a single clear logic, and they are not interlinked. But this is only at first glance.

Failures in logistics, on the other hand, are becoming a scourge even for the economies of developed countries. Food logistics failures are among them. It is as if they are being 'deliberately' orchestrated as an excuse, using the same Coronavirus pandemic. They quarantine most of the port workers and have no one to unload the ships, or the shipments are slowed down.

This has already been the case in Australia, one of the world's major grain exporters, a country which has surpassed many others in the absurdity of anti-coveting restrictions and lockdowns. Even in the seemingly food-secure US, there are already occasional delays in food deliveries to entire cities.

Hence, all the conditions are in place for a rise in food prices on the global market. And gradually, it is happening. Not coincidentally, China has been actively purchasing grains in the world market lately, and moreover, it continues to stockpile foodstuffs more intensively than other kinds of raw materials. The policy of the Chinese authorities is clear - they need to feed the world's largest population.

Meanwhile, Russia, Ukraine and Kazakhstan are among the main producers and suppliers of food to the world market, above all wheat. But that is not all. The food logistics of these countries are now "tied" to Black Sea ports.

It turns out that a large-scale conflict in the Black Sea basin automatically "excludes" the Black Sea ports (especially Ukrainian) from the logistics chain. Kazakhstan, too, exports its grain through Black Sea ports. And moreover, if there is more instability in Kazakhstan, huge volumes of grain (which agro-traders "hold back", counting on further price increases) simply will not reach the global market.

Delays in supply can in principle not even be very long. But as the recent seemingly "accidental" closure of the Suez Canal has shown, a few days of disruption are enough to send the world markets into a tailspin, even under "calm" geopolitical circumstances. All the more so because panic and excitement will set in in the event of military conflicts.

The impression is that some very powerful and "calculating moves" are purposefully making sure that the situation would "explode" simultaneously in several places that are critical for world food markets and food logistics. And Georgia, in such an environment, risks ending up under attack as well.

Although Georgian ports are not yet used as the main channel for grain exports (our country mainly imports grain through them for itself and for neighbouring Armenia), they may well be used "as" reserve" for exports of, for example, the same Kazakh grain, if for one reason or another it cannot go through Russian and Ukrainian ports.  And if transit and export opportunities through Georgia are blocked, as a result, Kazakh grain will also be "trapped" and will not be able to supply it to the world market as quickly as before.

Grain from Ukraine, Kazakhstan and a great part of Russia will be temporarily excluded from global food supply and it will logically lead to the fact that global food prices will go down. Countries that depend on its imports will start experiencing serious problems, up to and including famine. It should be remembered that food price hikes were once a factor in the so-called Arab Spring.

The next stage of the 'global swing' is not difficult to predict. The coronovirus pandemic and its associated restrictions are receding into the background (but are not disappearing) and the problem of how to feed the population is coming to the fore.

And it is here that "digitalization" and the system of certificates, QR-codes can be "extended" in the direction of food cards, familiar from difficult periods of history. But they will no longer be paper, but electronic - "digital". The "disloyal" would simply be deprived of their rations and, if hunger worsened in certain countries, of their right to live.

The history of the siege of Leningrad shows that for many people to lose their jobs and the ration cards they were entitled to meant starvation, because it was physically impossible for them to survive on the miserable rations that were due to the " welfare" cards. Hunger is the best way to lead people into submission, and this seems to be well understood by the architects of the new world order.

Of course, this pessimistic scenario may not come to pass. But the likelihood is growing the further it goes.

Georgia depends on food imports. On the other hand, the country's very transit position offers some chance to solve this problem precisely by having some of the more expensive food, even though it will pass through Georgia.

With a competent procurement policy and support of the country's own agriculture it will be possible to avoid a catastrophic scenario. But what will "great Armenia" do, which has not yet normalized relations with its neighbours and is sitting in a blockade because of this, is not quite clear. Especially since it is much less self-sufficient in food than Georgia.