Shalva Papuashvili: "National Movement" is fighting to remove Ivanishvili's role from history - this is a fight against history, this is direct censorship! 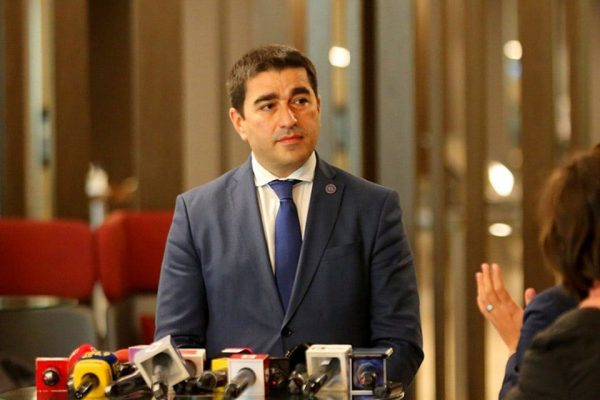 The "National Movement" is not fighting to remove information about Bidzina Ivanishvili from the textbook of modern history, but they are fighting to remove the role of this man from history - this is a fight against history, this is direct censorship! - Shalva Papuashvili, Chairman of the Parliamentary Committee on Education and Science, told journalists about it.

According to Papuashvili, there is a system for grading school textbooks, the textbooks are published in advance and before the books are approved, anyone can get acquainted with them and submit notes. According to the MP, there were no remarks on the book.

"There is an attempt to interfere in politics with education and politicians present them as censors of the 21st century. According to the national curriculum, one of the components of Georgian history is the teaching of modern history. The public saw quotes and excerpts taken out of context, which were cut off from the context. In general, that chapter discusses the political leaders of recent years. Among them are Mikheil Saakashvili, Zurab Zhvania, Eduard Shevardnadze. This is part of our history of what adults need to learn. The agitation we are seeing is another example of 21st century censors," Shalva Papuashvili said.