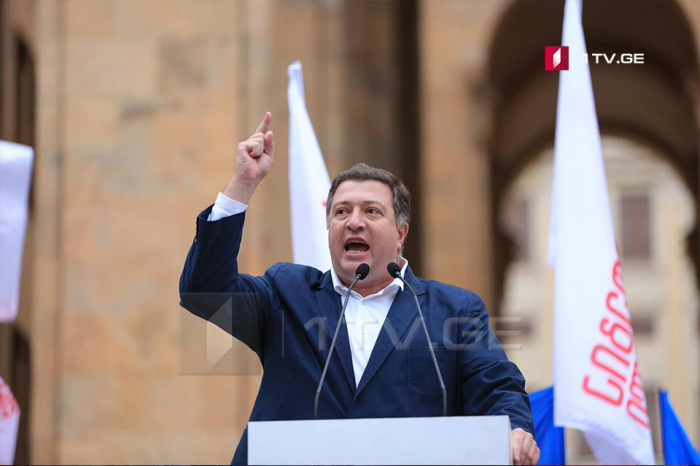 The ruling team believes its candidates will be elected by a landslide in an upcoming runoff this Saturday, planning the rally to show they are “unbeatable.”

“We call on our voters many must come to complete the victory gained on October 2,” the ruling team MP Shava Papuashvili underscored.

Amid the backdrop, the opposition slammed the GD’s rally. Gigi Ugulava, Poti mayoral candidate of the United Opposition, dubbs it as “complete marasmus as the government is holding counter-rally.”

“The government is doomed to failure after starting talking via rallies. We should calmly go to the polls on October 30 and express the anger built up in the society,” Gigi Ugulava said.

“The GD, whose supporters dwindled, tries to prove to be in power, that no one will beat them,” Manjgaladze asserted.