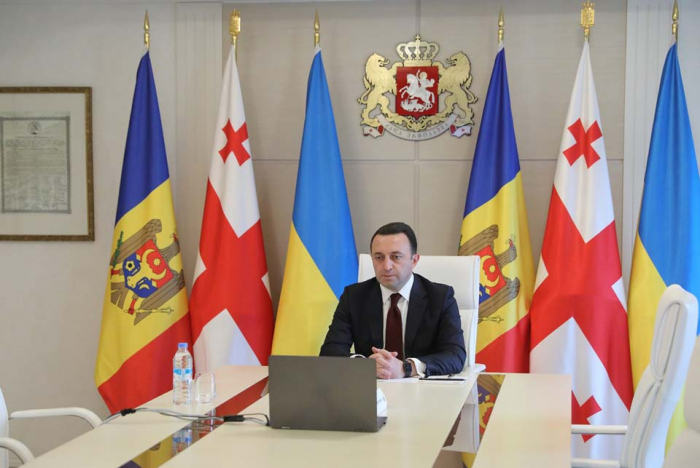 During the meeting, the Prime Ministers of the three countries underlined the activation of dialogue and cooperation on the issues of European integration based on the memorandum signed among the Associated Trio states, including in terms of sharing experience in the implementation of the Association Agreement.

The conversation also focused on furthering the relations between the Associated Trio and the EU, including the importance of establishing sectoral dialogues.

The Prime Ministers commended the effort invested so far under the Associated Trio and meetings with senior EU officials, continuing which is important for promoting the three countries’ European integration.

During the meeting, the Prime Ministers also discussed the upcoming Eastern Partnership Summit scheduled for this December, also expectations of the future goals of the partnership, based on the European aspirations and European choice of the Associated Countries.

They also singled out the importance of coordination among the Associated Countries in the runup to the summit and expressed hope that the summit will offer partner states new opportunities on the path toward further EU integration, based on the differentiation and more for more principles, the press statement read.