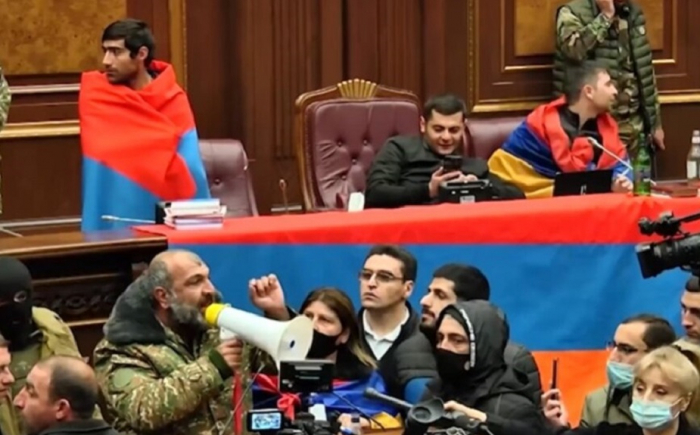 In Armenia, the "Javakhk" separatists have fallen into disfavour. And why this happened is obvious. For all "Javakh" extremists unequivocally support the revenge-seekers. For those, the war for "Artsakh" is just the beginning of a war with Georgia for "Javakhk", which they dream about and do not hide the fact that they are preparing for it.

In the meantime, Pashinian's government is not so unambiguously revanchist. Of course, at the first opportunity, Pashinyan and his entourage will do everything to re-occupy Azerbaijan's Karabakh with the help of other geopolitical forces, and try to organize a separatist rebellion in Georgia's Samtskhe-Javakheti in order to launch a "Karabakh scenario" here. But a peaceful settlement of relations with the neighbours is also a scenario that is not very desirable for the current authorities in the Republic of Armenia, but which they are in principle prepared to accept under certain pressure from outside.

Anyway, the revanchists, who were crushingly defeated in the last parliamentary elections, are increasingly inclined towards a violent method of seizing power in Armenia (if it cannot be done peacefully) and therefore pose a certain danger to Pashinyan's government. The Javakheti separatists are among them. As a result, the Armenian authorities are trying to neutralise their leaders.

Here, it seems that Vahagn Chakhalyan, a terrorist and Armenian "Javakhi" separatist, "had it coming". He has been thoroughly investigated by the authorities of the Republic of Armenia and stands a good chance of being imprisoned in an Armenian prison for a long time.

As a reminder, Vahagn Chakhalyan was one of the organisers of the separatist insurgency in Samtskhe-Javkheti, was convicted of illegal possession of weapons, but was granted an early amnesty and moved to the Republic of Armenia. There he continued his extremist activities gathering "Javakheti" separatists around him and, during the Second Karabakh War, he fought in the war against Azerbaijan together with the "Javakhk" mercenary fighters. Having managed to get away from Karabakh, Chakhalyan became active in Yerevan together with other revanchist forces, organising anti-government actions. Some of these were close to attempts at a coup d'état.

But the court ruled their detention unlawful. Although they were charged under Article 34-219(1)(2) (attempted seizure of buildings-constructions committed by a group of persons by prior conspiracy) of the Criminal Code of the Republic of Armenia. The court rejected the request for their arrest on the grounds of a lack of reasonable suspicion.

For a long time now, no investigative measures involving any of the accused have been conducted in the criminal case. Moreover, during this period, the defendants were allowed to leave the country and return. There was even a perception that the preliminary investigation body would soon drop the case.

However, all of this was logical when the election campaign was underway and, immediately after the parliamentary elections, Nikol Pashinian decided not to touch extremists so as not to turn them into "persecuted" and "martyrs" in the eyes of the public. However, once in power, Nikol Pashinyan seems to have decided to deal closely with extremists.

And now, 10 months after the investigation of the criminal case launched on the fact of the rally in front of the Armenian government demanding the resignation of Nikol Pashinyan, the Investigative Committee has accused Vahagn Chakhalyan, Aragats Akhoyan and some other extremists of attempting to usurp the power.

Aragats Akhoyan, Arshak Zakaryan, Vahagn Chakhalyan, Tigran Chobanyan and Israyel Hakobkoyan are charged under Article 34-300 of the Criminal Code of Armenia (attempt to usurp the power), which provides for punishment of 10 to 15 years in prison. The preliminary investigation into the criminal case will be announced shortly.

So, Vahagn Chakhalyan has all chances to spend at least 10 years in native Armenian prison. Although he should be tried by an Azerbaijani court and serve his sentence in Azerbaijan for terrorism, recruitment of mercenaries and participation in hostilities in the territory of Azerbaijan.