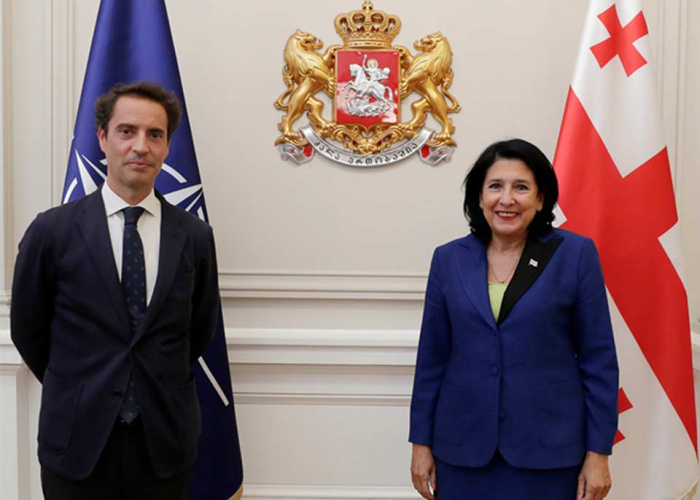 At the Orbeliani Palace, President Zourabichvili congratulated Javier Colomina on the appointment and expressed readiness to continue tight cooperation.

The newly-appointed Special Representative for the Caucasus and Central Asia also met Georgian Foreign Minister David Zalkaliani, saying Georgia is a significant partner for NATO that made the ‘meaningful contribution’ to the peace mission in Afghanistan. Javier Colomina reconfirmed the NATO commitment for Georgia’s membership in the Alliance and its territorial integrity within its internationally recognized borders.

“We are very much committed to Georgia’s Euro-Atlantic aspiration. We consider the commitment from your country and the society to become a part of the group of countries that share values and democracies. And in that sense, we expect all those countries to deliver all these standards. We are supporting these efforts that Georgia is doing in that sense,” he claimed.

During a meeting with Georgian Parliament Speaker Kakha Kuchava, the sides discussed ongoing democratic reforms and their significance for Georgia’s rapid integration into the Euro-Atlantic structures.