Shalva Papuashvili: Those who sign the letter about Saakashvili does not respect the rule of law, this is dictated by lobbying towards Saakashvili 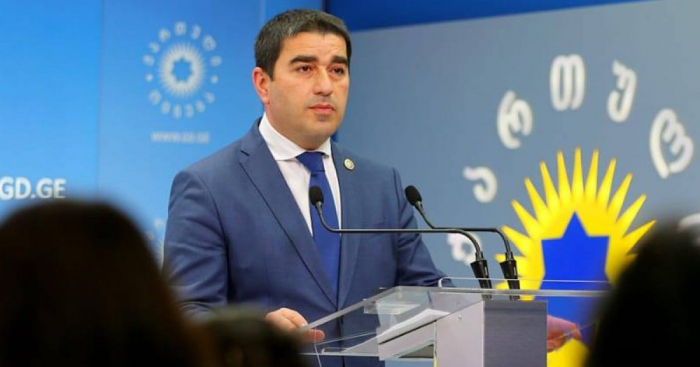 Those who sign the letter about Saakashvili do not respect the rule of law, - Shalva Papuashvili, a member of the parliamentary majority, told reporters, responding to a public letter signed by 73 politicians.

According to him, the letter is signed by those who are friends with Saakashvili and are engaged in his lobbying.

"It does not matter who signs it, everyone who signs it does not respect the victims of Mikheil Saakashvili's crimes, does not respect the rule of law, this is dictated by lobbying towards Mikheil Saakashvili, it is a fact. There are other politicians there as well, such as Raphaël Glucksmann. He was an adviser to Saakashvili for years and was paid from the state budget. So it is not surprising that this letter is dictated by such personal sympathies and lobbying", - Papuashvili said.