By launching a ferry from Poti to the port 'Kavkaz' (Krasnodar Territory of the Russian Federation), Armenia wants to legitimize the occupation of both the Ukrainian Crimea and Georgian Abkhazia, with the 'armenization' of the latter 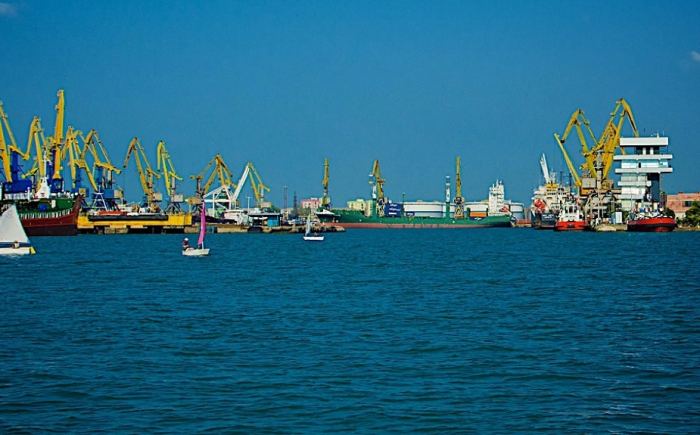 The ingenuity and sophistication of the Armenian policy towards the neighboring states, in words “friendly” to Armenia, defies description. As you know, the Republic of Armenia in every possible way emphasizes its alleged "friendliness" to Georgia and Ukraine. At the same time, same Armenia in fact supports separatism and the occupation of Georgian and Ukrainian territories - in particular Abkhazia and the Crimean peninsula. Moreover, in the Abkhaz separatism and in the actual occupation of the Russian Federation of Abkhazia, as well as in the expulsion and genocide of the Georgian population, Armenian gangs, in particular the battalion named after Baghramyan. However, it was the Armenian nationalists who played a decisive role in the Russian occupation of Ukrainian Crimea. This is already common knowledge!

Suffice it to recall that it was the Armenian militants led by Armen Martoyan (nicknamed "Samvel") who provoked the first clashes in Crimea with the Crimean Tatars, who opposed the annexation of Crimea, on February 23, 2014. Then Martoyan became the commander of the 4th company of the 1st combined regiment of the "militia", and in fact, the group of Armenian nationalist militants. On February 27, 2014, the same group of militants under the command of Armen Martoyan, together with the special forces of the marines of the Black Sea Fleet of Russia, stormed the international airport "Simferopol" and drove out the Ukrainian military personnel. It was from this episode that the occupation of Crimea began. And, of course, the main initiator of the annexation of Crimea was the head of the Russian Foreign Ministry, Armenian nationalist Sergei Lavrov-Kalantarov.

And now the Armenian lobby "with another blow", with the hands of Georgia, wants to strike at the interests of Ukraine and "legitimize" the occupation of the Ukrainian Crimea and at the same time contribute to the further occupation of the Russian Federation of Georgian Abkhazia and its "Armenization".

Currently, the port "Kavkaz" in the Russian Krasnodar Territory is turning into a heap of scrap metal. This is a direct consequence of Russia's occupation of Ukrainian Crimea and the illegal construction of a bridge on the peninsula (without the consent of the Ukrainian side).

And so in Armenia, they decided to support the occupation of the Ukrainian Crimea by Russia and to minimize the negative consequences for Russia itself from this occupation - from the idleness of the port "Kavkaz". And very cleverly - with the help of Georgia, which also suffered from the occupation of its territories by same Russia.

"Armenia is interested in the resumption of the ferry service between Poti and Sochi" such material appeared in the pro-Armenian edition of Sputnik (https://sputnik-georgia.ru/20210920/vozobnovlyaetsya-paromnoe-soobschenie-iz-poti-v-krasnodarskiy-kray-259732842 .html). We note right away that direct communication between Armenia and Sochi through Abkhazia, without its de-occupation and the return of Georgian refugees, is an old dream of the Armenian lobby. For this, they lobbied for the opening of a railway link through separatist Abkhazia. As we can see here it is proposed, in fact, the same thing. Only by sea, but again without de-occupation of Abkhazia.

Sputnik reports that Armenia is proposing to restore ferry communication between the ports of Poti (Western Georgia) and Kavkaz (Krasnodar Territory of Russia). The Armenian authorities intend to implement the project together with the South Caucasian Railway (SCR is a subsidiary of the Russian Railways OJSC). Deputy Prime Minister of Armenia Mher Grigoryan spoke about the initiative during the Armenian-Russian business forum in Yerevan. At the same time, Sputnik is modestly silent about the fact that the port of Kavkaz, originally intended primarily for ferry communication with the Ukrainian Crimea, is idle precisely because of Russia's occupation of Crimea.

Not only that, Armenia wants the Russian occupants of Crimea to "minimize" their losses and is launching the port "Kavkaz", which now stands cold because of this occupation of the Ukrainian Crimea. The occupation of Georgian Abkhazia is also "legalized" with the help of Georgia because it borders on Sochi, which is part of the same Krasnodar Territory as the port of Kavkaz, with which they intend to organize communication through the port of Poti.

Considering the fact that today there is a mass settlement of occupied Abkhazia by Armenians, this ferry crossing will only contribute to such a process. Indeed, through Poti, a direct connection is established between Armenia on the one hand and Sochi and Abkhazia on the other. And the flow of immigrants to Georgian Abkhazia from Armenia and the liquidated "Artsakh" along with things packed in containers (mooted in Azerbaijani Karabakh) for settling Armenian settlers on foreign land in "trophy" Georgian houses will only increase.

And most importantly, we see another attempt by Armenia, through Georgia, to withdraw Iran from international sanctions, to establish another logistics transport chain between Iran and Russia, which is fraught with grave political consequences between Georgia and its strategic partners - the United States, European countries.

By participating in the organization of the adventure with the ferry service Poti-port "Kavkaz", further contributing to the loss of Abkhazia, Georgia will deal a blow to both its own interests and the interests of friendly Ukraine. Only Armenia benefits from this, which has got the knack for inflicting insidious blows on "friendly" countries.